A Sustainable Community: Is it For You?

In the tumultuous modern age, many of us find ourselves longing to run off into...

Teachers: Inspiring Students in Their Own Way

HOW TO MAXIMIZE SOCIAL SECURITY WITH SPOUSAL BENEFITS

Social Security is one of the multiple programs implemented by the government to guarantee vulnerable...

Though the end of this year is approaching quickly, we can rightly say it was rife with a variety of technological advances. From our various devices, to updated software, and to a glimpse of a possible future with A.I integration, why don’t we take the time to review some of the latest advances that hit the tech world this year.

A solid entry into the Surface family, but is it worth the hefty price tag?
It feels like Microsoft’s Surface is still a fresh and recent addition to the large pool of laptops available. But, it’s already been six years since the Surface line was originally released. Beginning in 2012, the Microsoft Surface computer has maintained its popularity by constantly revealing updates and fine tuning it’s very original take to how we interact with our laptops. Expanding beyond the capabilities of laptops, Microsoft dropped the highly responsive and interactive Surface Studio desktop in 2016. And in the crisp fall months of this year, the sequel to the Surface Studio was recently announced. So what have we to look forward to? According to some critics, not much.
The Surface Studio is very much a niche computer. Indeed it is an all-in-one PC that, really, anyone can find a use for. However, much of its specs, like resolution, processor, and memory, aren’t much better than the original Studio. The reason this is a problem is that this computer is very much tailored and advertised towards graphic artists, therefore, its display and power in these fields need to be up to par with similar competition. Not to say its specs are bad, rather, they just aren’t enough to fare with the competition. Especially with its three thousand dollar price tag. For more exact info on the various Microsoft Surface Specs, check out their official page here.

A solid glimpse of a future with Artificial Intelligence.
Probably some of the biggest news to hit this year was the announcement in May of the Google Duplex. In a video released by Google detailing the conference, we were able to witness this new update to the Google Assistant that would be able to make phone calls on your behalf. Sounds simple, but the most incredible aspect of this is that the A.I. voice won’t speak in a robotic manner that we’ve become accustomed to with other A.I.’s like Siri. Instead, Google has done extensive research to create a technology that can understand the very subtle nuances of conversation. Here’s a link to check out how this technology will work in everyday life.
Though this project is still in development, its release to the public will most likely be out in the next couple years. The reason this is such an important advancement in technology is because we’re seeing the glimpse of a future where A.I. assistants become more central to our daily lives. Whether this excites you or terrifies you, just know, it’s coming. And it’s coming quick.
Okay, so that was a quick look at some of the latest tech software and devices that emerged or were announced this year. There’s certainly a lot to look forward to. 2018 has certainly proved itself to be a tech year worth remembering. With the holiday season quickly approaching, what technology are you thinking about investing in?

The iPhone X is made with every member of the family in mind.
The iPhone X was released in November of last year. Apple announced that the latest version of the phone was set to be split into “three distinct models at various price points” (Forbes). The two offspring of the iPhone X are the XS and XR. Though you won’t be able to get your hands on either model until next year, they are currently available for pre-order. There’s also plenty of spec coverage both on Apple’s page and by various third-party reviewers. Essentially, what we know is that the XS is supposed to be a step up from the X, sporting features that supposedly are faster, sleeker, and more accurate. This enhanced model is, of course, more expensive than the X. Parallel to the XS is its slighter cheaper sibling. Supposedly, the XR was fashioned to be the more “affordable” version of the X.

This is an interesting move on Apple’s part. Though the phones are undoubtedly all fairly pricey, by splitting the phone family into various price points allows the possibility of attaining an iPhone more feasible. In a sense, the “affordable” version of a phone justifies buying, for example, the latest phone for your child. There’s no doubt that as we dive into the future head first, smartphones are becoming inseparable tools to our daily lives. With the parallel phones that speak to different audiences, Apple is certainly trying to expand its dominance by reaching out to those on the cusp of purchasing the “latest” software by giving them a reason to invest. 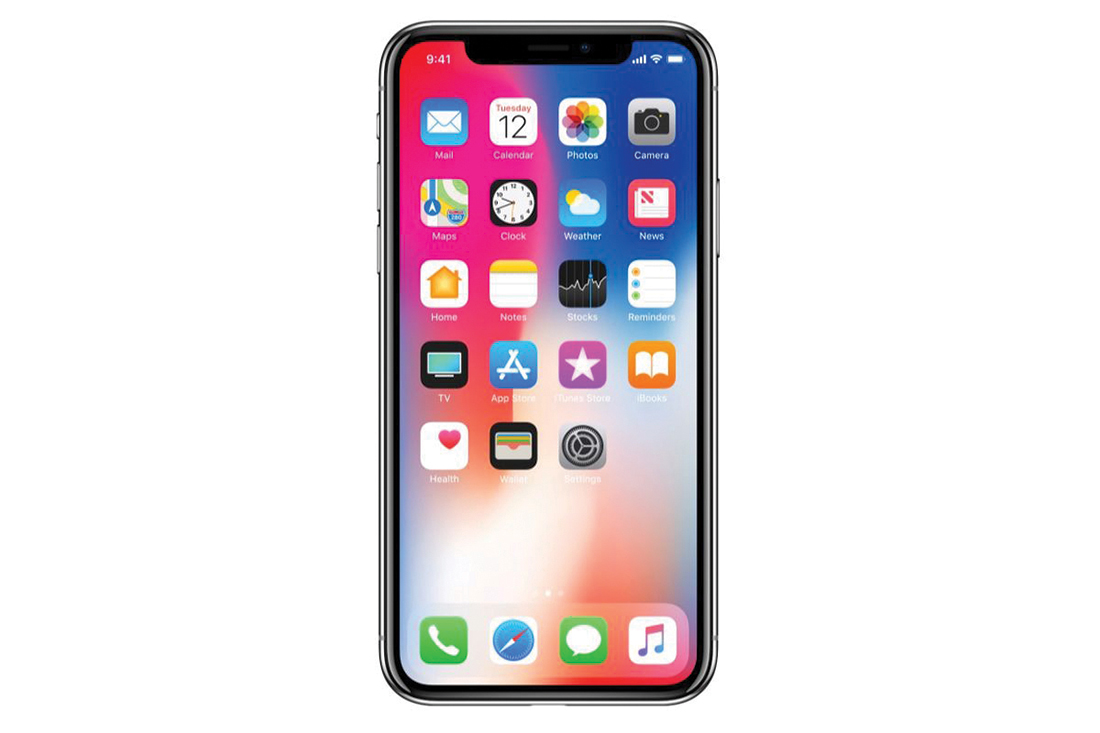 Shrinking the world one earbud at a time.
There are plenty of apps and software’s out there dedicated to the pursuit of language translation, but with Google’s new Pixel Buds, the company claims they’ve created a set of earbuds that can translate up to 40 languages in real time. By being able to wirelessly connect to Google Assistant, which launched about a year ago, the earbuds access an A.I system to translate audio into the language of the user. Google has definitely been ramping up its efforts in the translation department, and with this new earbud, they may actually be successfully in making the world just that much smaller. This is a grand idea and all, but how well did it actually stack up to expectations? Apparently, at a conference held by Google in San Francisco on October 4th of this month, the earbuds did pretty well in translating English to Swedish in a speed that could uphold conversation. However, the earbuds haven’t yet closed the gaps opened by languages. In a real time video demonstration by Tech Insider, the Pixel Buds did an okay job. It was able to translate about two or three sentences at a time, but no more than that. And there was definitely quite a bit of inaccuracy when attempting to translate Asian languages like Korean or Chinese. For a price tag of about $159, they’re not bad for the tourist traveling in Europe. But if you’re looking to make some meaningful connections through conversation with people in Asian countries, then you may have better luck picking up a language textbook at your local bookstore. However, the Pixel Buds are a definite step towards the direction of the future. 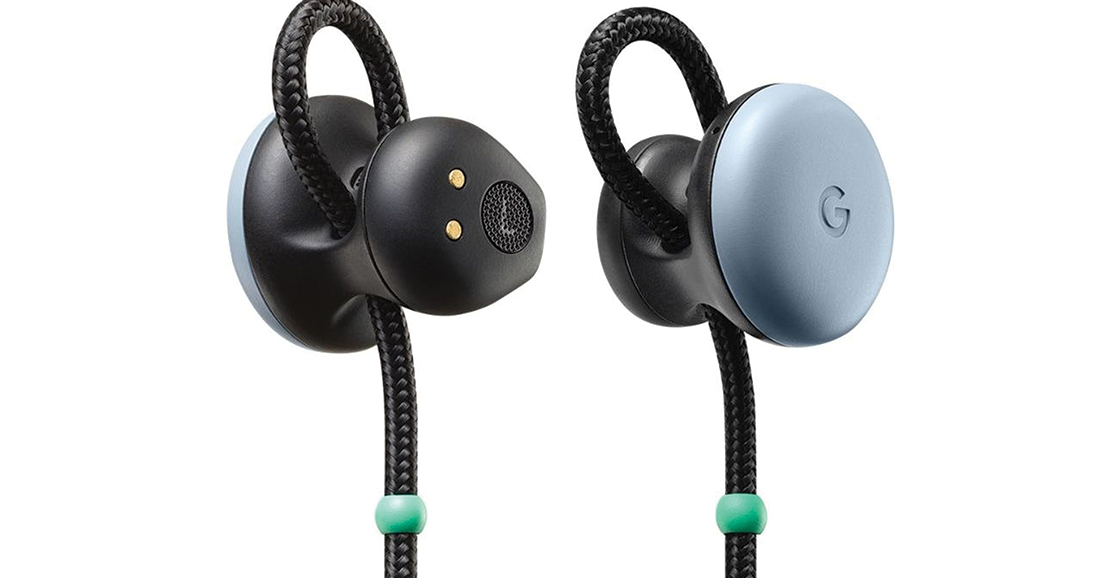 Advance Directives: Planning for Your Future

5 BEST RELATIONSHIP BOOKS OF ALL TIME

VENICE – A NAME OF ROMANTICISM!

A lovely historical city, Venice is famous for a great collection of art & architecture...

Climate change is perhaps the greatest challenge humanity has ever faced. It is largely caused...

You know it’s close to football season when you see Jerry Jones beginning to thaw...

TO STAY SAFE ONLINE – DO THIS